Trail of Cthulhu [Gumshoe] Dreamhounds of Paris & The Book of Ants 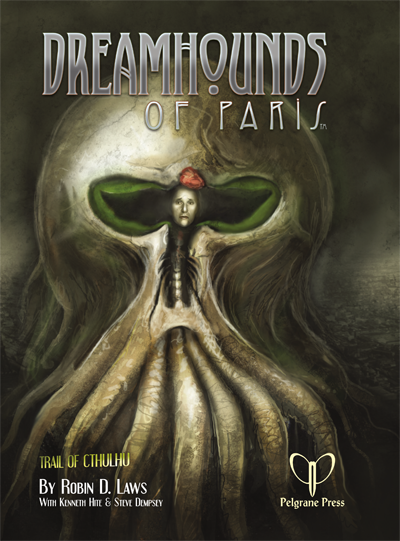 From the 1920s to the coming of the Occupation, a new breed of artist prowled the fabled streets of Paris. Combative, disrespectful, irresponsible, the surrealists broke aesthetic conventions, moral boundaries—and sometimes, arms. They sought nothing less than to change humanity by means of a worldwide psychic revolution. Their names resound through pop culture and the annals of art history.

But until now, no one has revealed what they were really up to.

In this comprehensive campaign guide for Trail of Cthulhu, you recreate their mundane and mystical adventures as you stumble onto the Dreamlands, a fantastical realm found far beyond the wall of sleep. At first by happenstance and later by implacable design, you remake it in the fiery image of your own art. Will you save the world, or destroy it?


Choose your player character from a roster of 19 visionaries and madmen.

Put up your dukes as two-fisted filmmaker LUIS BUÑUEL.
Flee a formless entity as Dada impresario TRISTAN TZARA.
Photograph tentacled entities as American expat MAN RAY.
Personify the joy and decadence of the city as chanteuse KIKI DE MONTPARNASSE.
Wield the magic cane that will end the world as theater of cruelty inventor ANTONIN ARTAUD.
Or arrive in Paris as fresh-faced young painter SALVADOR DALÍ, who has come to tear the movement all down and rebuild it in his image.
Zum Vergrößern anklicken.... 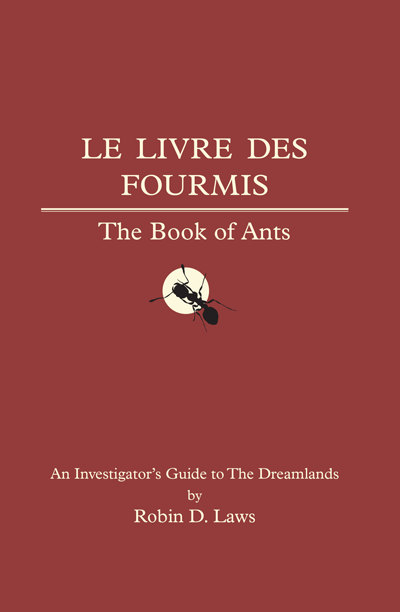 From City of Lights to Palaces of Dream

Evocative, enigmatic, and haunted by airborne polyps, The Book of Ants, a.k.a Livre des Fourmis, gives Trail of Cthulhu Keepers and players an essential window into Paris of the 20s and 30s, and into the Dreamlands beyond.

From November 1918 to September 1929, the young poet Henri Salem fell in with the surrealists of Paris. Swept up by the imperious charisma of group leader André Breton, he rapidly found himself sharing cafe tables with the key figures of this most influential and fractious art movement of the pre-war period. According to this, his diary of the era, he traded quips with Marcel Duchamp, feared the madness of Antonin Artaud, and served as model for the famous shot of ants crawling from a hole in a man’s hand in Salvador Dalí and Luis Buñuel’s scandalous film Un Chien Andalou.
If his tale can be fully believed, he stepped with them from waking Paris to an ancient yet surprisingly malleable realm of dream. (Save for Breton, who could never make the leap.) There he walked alongside such Mythos figures as Randolph Carter, King Kuranes and the ghoul once known as Richard Pickman.
As such his diary serves as an indispensable guide to anyone wishing to explore the dangerous demimonde of the Parisian art scene, where disagreements over aesthetics are often settled with knife wounds and broken bones. Even more, it provides a rare look into the ever-shifting shores of the Dreamlands, just as its air of the fantastical gives way to horrific reflections of a world spinning into chaos and death.

Torg Eternity – Into the Storm

Sachbuch Apocalypse Never: Why Environmental Alarmism Hurts Us All
2